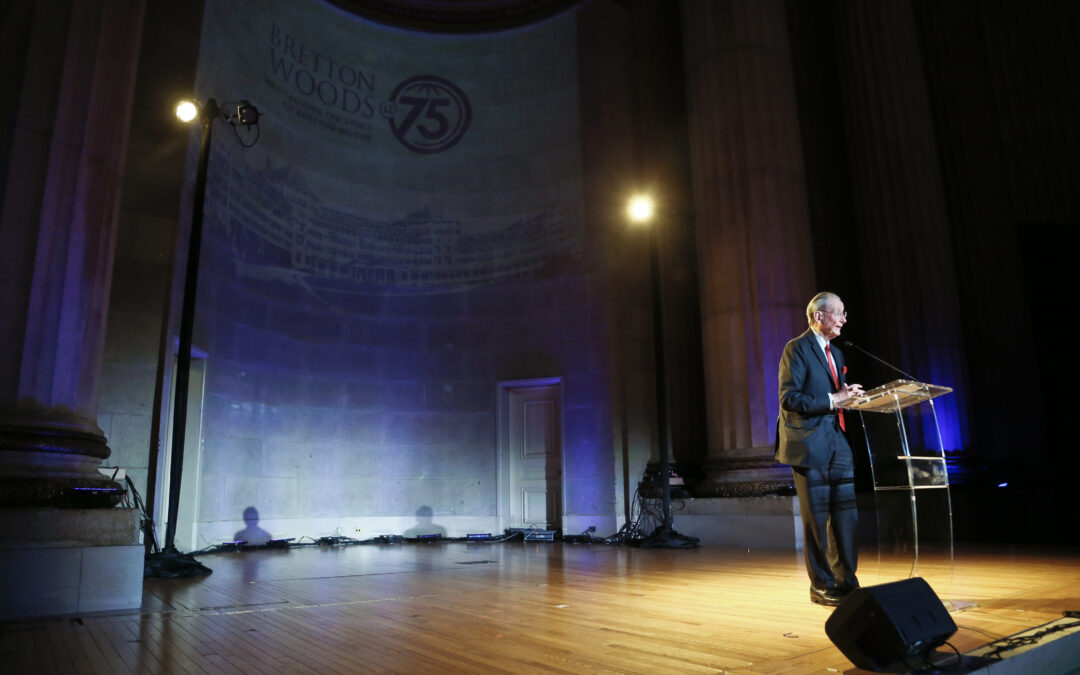 It was a great honor and pleasure to have introduced my friend David Malpass at the 75th Anniversary Gala of Bretton Woods. David assumed the role as President of the World Bank earlier this year and has a long record of public service as well as being active in the private sector.

In the present environment of slowing economic growth world-wide, there were many questions about the approaches and the priorities of the World Bank going forward.

I had the opportunity to raise three issues briefly in this regard to David – one related to threats to growth in developing and emerging market countries, notably the threat of rising sovereign debt levels; second, issues relating to the focus of World Bank lending and indeed to the matter of graduation from the ranks of World Bank borrowers; and, the third, the very important issue of corruption.

In the 1980s and 90’s we saw the Latin American, Asian and Russian debt crises and the major debt-forgiveness programs for the world’s poorer nations; today, in such countries as Venezuela and Argentina among others, we see acute sovereign debt challenges. But when we consider, for example, China’s Belt and Road lending program, especially into sub-Saharan Africa as well as other developing nations on terms that are not fully transparent, I think there may be a cause for concern that debt servicing will become a major drag on development for these nations, posing likely challenges for the World Bank.

For many years there have been discussions about voting power in the Board of the World Bank and in particular the continuing borrowing by China from the Bank. We are all aware how strong China’s economic reserves are and the scale of its foreign aid and official foreign investment programs. Perhaps you can update us on your thinking about the timing of China’s graduation from the borrowing ranks at the Bank.

Finally, in honor of the 75th anniversary of Bretton Woods, the Committee published a compendium of 50 essays to mark this major milestone. My contribution focused on a topic that was not discussed at Bretton Woods 75 years ago, or at the 50thanniversary, but by the mid-1990s, our honoree tonight, Jim Wolfensohn placed anti-corruption on the Bank’s priority agenda.  These perspectives are as true today as they were when Jim introduced them at the Bank — but I firmly believe that the Bank today could do more to promote good governance – in terms of its projects and programs, through the IFC as it works with the private sector, and, as I suggest in my essay, more in partnership with the IMF.

We are fortunate to have David at the helm of the World Bank during this difficult and challenging period.